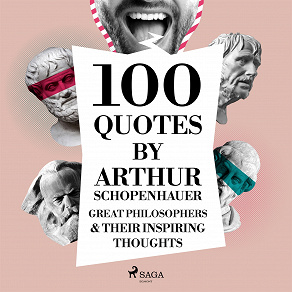 With many dealing with the relationship between art and philosophy, this is a superb read for artists and philosophers alike. While many of his proposals steer towards melancholy and sombreness, they’re always shot through with his dry sense of humour.

A superb addition to any library or coffee table.

Known as the ‘artist’s philosopher,’ Arthur Schopenhauer (1788 – 1860) was born in Danzig. At the University of Göttingen, he became aware of the Age of Enlightenment movement and the philosophers Plato and Immanuel Kant.

After the death of his father, Schopenhauer lived in Weimar, where he befriended the noted playwright, poet, and novelist, Wolfgang von Goethe. Their many discussions on the nature of art and philosophy laid the groundwork for many of Schopenhauer’s later works.

After a stint working for the ‘Dresden Evening Newspaper,’ he focused on his most famous work, ‘The World as Will and Idea.’
Listen to sample
Log in to borrow