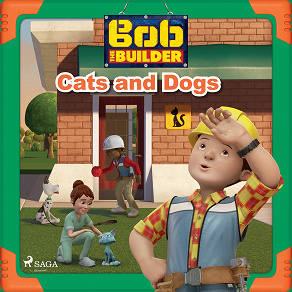 Bob the Builder: Cats and Dogs

by Mattel
Pilchard the cat has to make a trip to the vet for a check-up and gets a fright when Cooper the dog comes bounding in to try and scare her! Tilly the vet is worried, as she has Mayor Madison’s cat coming in later that day and she doesn’t want Cooper to scare her too. Bob and the team decide to help Tilly out by building a reception with separate areas for dogs and cats. The team soon realise that it’s not easy to get the job done whilst looking after an energetic dog and a mischievous cat at the same time!

Created in 1999 by Keith Chapman, Bob the Builder is a British children’s cartoon series. The show follows the adventures of construction manager Bob and his colleague Wendy, along with their team of skilled machines who are always ready to help get the job done. Bob’s catchphrase ‘Can We Fix it?’ is also the title of the theme song, which was a number one hit in the UK in the year 2000. Hugely popular with children across the globe, the series has been shown in multiple languages in more than thirty countries.

Join Bob the Builder and all his friends on exciting adventures! Scoop, Muck, Dizzy, Rolly, Lofty, Wendy, Pilchard, Bird, Travis, and Spud are ready to help the citizens of Spring City with all their projects, building a reception at the vet, a new clubhouse for the Spring City Rockets, or help prepare the Dino Park for the grand opening. Bob and the gang have so much fun, working together, they get the job done. Can we fix it? Yes, we can!
Listen to sample
Log in to borrow