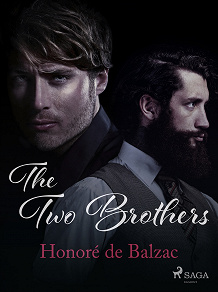 by Honoré De Balzac
With a sweeping narrative that features revolution, restoration, and colonial war, 'The Two Brothers' is Honore de Balzac at his masterful best.

It focuses on the Bridau family, including Agathe, her two sons, and her elder brother, as they engage in increasingly undignified battles for their inheritance.

The eldest son, Philippe, is a courageous soldier but a gambler and a crook. The youngest, Joseph, is a misunderstood artist.

When the Bourbons are restored and Napoleon exiled, Philippe becomes embroiled in an anti-government conspiracy.

Meanwhile, a mysterious 'long-lost uncle' appears and worms his way into the family - with unsavoury intentions.

With the plot's fuse lit, it burns through priceless paintings, racist persecution, a knife attack, a duel, and an explosive climax.

If you like this, you will love 'Les Miserables' by Victor Hugo and 'A Tale of Two Cities' by Charles Dickens.

Honoré de Balzac (1799-1850) was a French novelist and playwright, most famous for a sequence of novels, collectively called 'The Human Comedy'. His signature style was a warts-and-all representation of post-Napoleonic French life, rich in detail and featuring complex, unfiltered characters.

The style means Balzac is regarded as one of the pioneers of European literary realism. He is named as an influence on writers including Emile Zola, Henry James, Charles Dickens, and Gustave Flaubert.

The first novel he published under his own name was 'Les Chouans' in 1829. In 1834 he hit upon the idea of grouping his novels together to record all of society. The result, over a period of years, was 'The Human Comedy', which comprised three categories: 'Analytic Studies'; 'Philosophical Studies'; and 'Studies of Manners'.