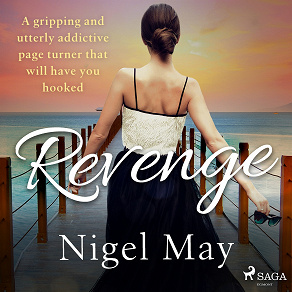 by Nigel May
If you keep dangerous secrets you’ll pay the ultimate price...

In the South of France, playground of the rich and famous, world renowned chef Dexter Franklin is organising a night to remember. As he opens the doors to his exclusive restaurant for the first time, he’s handpicked a list of guests, as hot and dazzling as the St Tropez sun itself:

Mew Stanton: Fashionable, beautiful and a notorious TV chef, Dexter’s ex-girlfriend has all the ingredients for success. As her books fly off the shelves, a secret from her past is about to surface with explosive consequences.

Holly Lydon: Ex girlband star who has fallen on hard times. Forced to make ends meet she’s having to sleep her way to the top. Now she’s making headlines for all the wrong reasons.

Rosita Velázquez: Brazilian actress extraordinaire and girlfriend of Dexter’s brother, Leland. When she’s in town everybody needs to know about it, but this is one show-stopping entrance she’ll live to regret.

Three women have a past with Dexter and a grudge to bear against him. As fireworks ignite in the jet set capital of Europe, there’s murder on the menu. Who will be served their just desserts?

The sun is setting in the South of France. Pour yourself a glass of champagne and sit back for a read of revenge, regrets and shocking revelations that will have you hooked to the very last page. Perfect for fans of Melanie Blake’s Ruthless Women.

What readers are saying about Revenge:

‘VA-VA-VOOOOOM!... How the hell do you cool yourself down after THIS... A flirty, fun and toe-curling novel which kept me on the edge of my seat from start to finish. Full of gritty moments, shocking moments and extremely PHWOAR moments. Revenge is a ‘dish’ which needs to be served up hot, and now.’ The Writing Garnet

Nigel May is a true all-rounder in the media world, working as a TV presenter, author, journalist and craft personality. He has written six glam-fiction books. Nigel is also featured in 'Sunlounger' – a chart-topping anthology of short stories.
Listen to sample
Log in to borrow