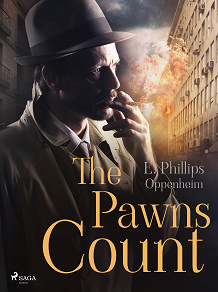 by Edward Phillips Oppenheimer
Set during the height of WWI, ‘The Pawns Count’ by E. Phillips Oppenheim is a classic story of international intrigue and espionage. Chemist Sandy Graham has discovered a new type of explosive which he unwisely boasts about in a London restaurant. Shortly afterwards, Graham disappears. Spies from Britain, America, Germany, and Japan are dispatched to find Graham and his secret explosive discovery before it falls into the wrong hands.