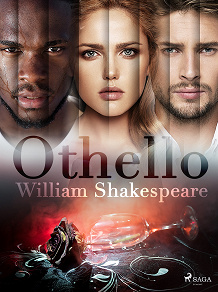 by William Shakespeare
Beginning in the streets of Venice, Roderigo and Iago are introduced in the heart of an argument.

Iago is frantic as he has been disregarded for promotion and plots to take revenge against his General, Othello. Thus, the manipulation commends as Iago makes Othello believe his wife, Desdemona is disloyal.

Othello is a courageous fighter, but he is presented as an idealist when it comes to both his love of Desdemona and his friendship with Iago. This ultimately blinds him to Iago’s betrayal, stirring the themes of jealousy, justice and appearances vs reality.

From this excellent play, there have been many differing views on the character of Othello over the years but this is your chance to pick up the book and decide for yourself, is Othello the greatest hero or the most egotistical?

Othello is still widely performed and has inspired numerous adaptations. It has been reimagined in the film ‘O’ and the book ‘New Boy’ by Tracy Chevalier amongst others.


William Shakespeare (1564-1616) was an English playwright, poet and actor. Regarded as the greatest playwright in the world and the greatestEnglish languagewriter, her wrote poems and sonnets, and also comedic, tragic and historical plays such as "Hamlet", "Othello", "King Lear", "Much Ado About Nothing", "A Midsummer Night's Dream" and "Macbeth". Incredibly influential and popular, he also invented numerous words and phrases.