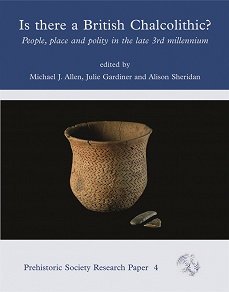 Is There a British Chalcolithic?

by
The Chalcolithic, the phase in prehistory when the important technical development of adding tin to copper to produce bronze had not yet taken place, is not a term generally used by British prehistorians and whether there is even a definable phase is debated. Is there a British Chalcolithic? brings together many leading authorities in 20 papers that address this question. Papers are grouped under several headings. Definitions, Issues and Debate considers whether appropriate criteria apply that define a distinctive period (c. 2450 - 2150 cal BC) in cultural, social, and temporal terms with particular emphasis on the role and status of metal artefacts and Beaker pottery. Continental Perspectives addresses various aspects of comparative regions of Europe where a Chalcolithic has been defined. Around Britain and Ireland presents a series of large-scale regional case studies where authors argue for and against the adoption of the term. The final section Economy, Landscapes and Monuments , looks at aspects of economy, land-use and burial tradition and provides a detailed consideration of the Stonehenge and Avebury landscapes during the period in question. The volume contains much detailed information on sites and artefacts, and comprehensive radiocarbon datasets that will be invaluable to scholars and students studying this enigmatic but pivotal episode of British Prehistory.
Log in to borrow