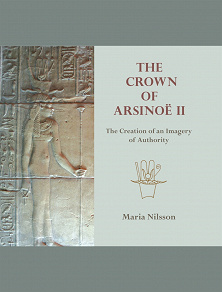 The Crown of Arsinoë II

by Maria Nilsson
The Crown of Arsinoë II is a detailed study of a unique crown that was created for the Ptolemaic Egyptian Queen Arsinoë II which has important conclusions for ancient Egyptian history. Images of Arsinoë are represented in a broad spectrum of iconographic media, depicting this historical figure in a Greek as well as Egyptian cultural setting, and as queen and goddess alike, though her tomb has never been found. Based on detailed examination of reliefs, the aim is to identify and understand the symbolism that is embedded in each pictorial detail that together form the crown, as well as all contextual aspects of the relief scenes, and how this reflects the wearer's socio-political and religious positions. The results of this study suggest that the crown of Arsinoë was created for the living queen and reflected three main cultural positions: her royal position as King of Lower Egypt, her cultic role as high priestess, and her religious aspect as thea Philadelphos . It indicates that she was proclaimed female pharaoh during her lifetime and should be included in the official pharaonic king list as Ptolemy II's co-regent: her royal authority should be considered equivalent to Hatshepsut, Tawosret and Amenirdis II, as one of the most important royal women in Egyptian history. Arsinoë's complex persona were embedded in a very unique attribute her crown and that this remained a symbol of authority throughout the last centuries of the ancient Egyptian period.
Log in to borrow