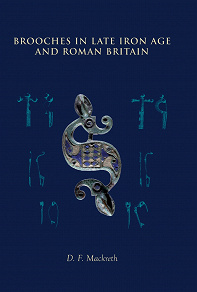 by D. F. Mackreth
The result of forty years of study, this book offers an overview of the most common find, after coins, on sites in Roman Britain, the brooch. Used basically to hold outer clothing together, it was always on view and was usually decorative. Based on the study of some 15,000 specimens, the second volume illustrates some 2,000, all drawn by the author. The first chapter is a discussion of manufacturing techniques, methods of study and the concept of dating. The bulk of the book consists of nine chapters examining in detail the myriad style of brooches from the second century B.C., when the habit of wearing brooches really took off, to the early fifth century A.D. when newcomers brought their own types of brooch and imposed them on the rest of what was to become England. The final chapter is a synthesis of various strands mentioned in the body of the book and the social implications of the great change in brooch wearing which occurred in the third century.
Log in to borrow