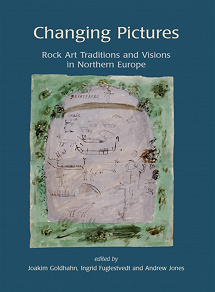 by
This volume derives from a workshop held at the University of Kalmar (now Linnaeus University), Sweden between the 20-24 of October 2008. The aim of this gathering was to provide a forum for rock art researchers from different parts of northern Europe to discuss traditional as well as current interpretative trends within rock art research. Changing Pictures aims to return to traditional interpretative notions regarding the meaning and significance of rock art to investigate if and why any information had been left behind to recover and rethink. During the last decades, there has been an immense global interest among archaeologists and anthropologists in studying rock art. Research in northern Europe, as elsewhere, has intensely explored a manifold of methodological and theoretical perspectives. Most of these studies however, have been published in languages that seldom reach beyond the native speakers of Norwegian, Danish, and Swedish, Russian or Finnish. Therefore an important motivation for this volume is to try to apprise some of the current movements within this field of research and present it for an international audience. These papers explore the relevance of older ideas, such as notions about prehistoric religion, ritual performance, sympathetic magic, animism and totemism, the mindscapes of landscapes etc., as well as the present "state of the art" in order to develop a broader understanding of the phenomenon we call rock art. This aspiration can be seen as a common thread linking the different chapters in this book. Saying that, some, if not all, of the articles presented in this volume challenge the notion "rock art" itself, arguing that sometimes the rock, the "canvas" and rather intangible but equally important sensual encounters, such as sound, echoes, touch and temporal phenomenological changes and the perception of decorated rock art panels, should be regarded, at least, as important as the "art" itself. By reassessing traditional approaches to Scandinavian rock art and creatively reworking these ideas, whilst also addressing significant new concepts such as the agency of rock and the performativity of rock art, this anthology of papers offers not only a snapshot of current debates, but also reflects pivotal changes in the study of rock art.
Log in to borrow