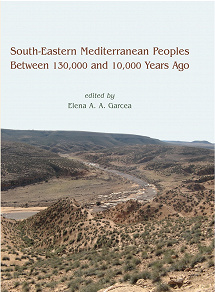 by
The Upper Pleistocene era encompassed a period of dramatic cultural developments in the south-eastern Mediterranean basin. This book highlights and synthesizes the latest research and current scientific debate on the archaeology of this time period in North Africa and the Near East. Recent archaeological research in North Africa has meant this region now plays a decisive role in scientific debate. After decades of neglect, the archaeological record from North Africa has now been seen to parallel in significance that of the Near East. This book offers an opportunity to observe the Afro-Asian side of the Mediterranean basin as an uninterrupted land, as it was for its Upper Pleistocene inhabitants. Areas of focus include the Out-of-Africa movement of anatomically modern humans (Homo sapiens) into the Levant and the transition from the Middle Palaeolithic/Middle Stone Age to the Upper Palaeolithic/Later Stone Age, during which a change of lifestyle took place, based on plant cultivation and animal husbandry. These topics are of crucial interest to anyone studying human evolution, prehistoric archaeology, anthropology, and palaeo-environmental studies. This volume brings together data as well as perspectives from various scholars, often separated by their areas of interest and location. This volume is complementary to The Mediterranean from 50,000 to 25,000 BP: Turning Points and New Directions edited by M. Camps and C. Szmidt (Oxbow Books, 2009).
Log in to borrow